A fully packed, half-day only event with industry pros for the insights and tools you need for 2023 and beyond!

GET YOUR FREE TICKET 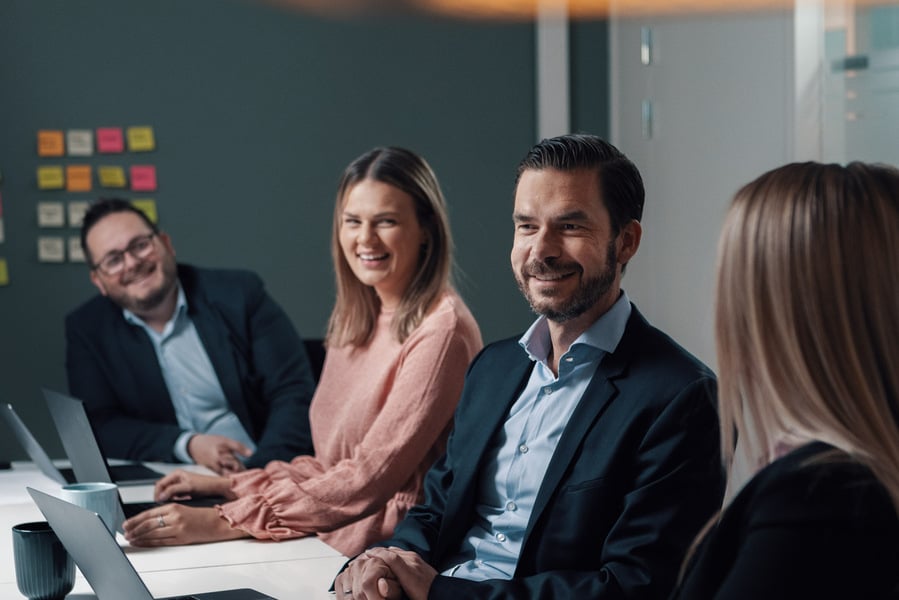 After Privia were acquired by Xait we asked Cheryl Smith (formerly with Privia) to write a series of “travel letters” exploring both features of XaitPorter and to share her expertise; Cheryl have been writing and managing proposals since 1998. Shipley trained, she has helped establish proposal centers and advised on capture strategy, coached orals teams and lead marketing, communications and knowledge management programs. Read part three of the series below!

What if you could establish the necessary brand and compliance formatting before the team begins, and enforce that formatting throughout your writing and reviewing collaboration? Well, for one, you could borrow time from production, as we are often forced to do, without putting your proposal deadline, the opportunity and your team at risk.

Your proposal has three volumes, each with multiple documents and each written by a village of writers and subject matter experts. You have established document “shells” to assign your team tasks, but as they write and review, the formatting gets overwritten and cluttered by different formatting from past proposals and your content library. When it’s time for production? Your production team has to touch each and every word, paragraph and page individually to manually apply consistent and compliant formatting.

Instead, design any number of Layout Templates, from corporate brand to RFP-specific compliance to choose from. When you set up your proposal, choose a Layout Template to enforce your formatting, including everything from font and type size to headings, numbering, headers and footers, graphics, figures, portrait vs landscape pages, odd and even pages, and tabloid page fold-outs.

By establishing a Layout Template before writing begins, you establish the formatting and styles you’ll use for the final proposal submission. You can even quickly change the Layout Template as an amendment or corporate dictates. When it’s time for production, you won’t have to spend time reformatting. Your proposal will automatically have the consistent and compliant layout you established at the beginning, saving time for polishing, printing and delivery.

All proposal writers struggle with focus from time to time. How can they not? They have full time jobs, shifting priorities and conflicting deadlines. Couple that with the roughly 306 billion emails sent and received every day and it’s a wonder our divided attention delivers coherent proposal content at all.

While proposal formatting is an eye-catching, visually appealing, and compliance necessity, it can also divide our writing attention. When you incorporate a Layout Template into your process, you help proposal contributors focus. Instead of changing fonts, indenting paragraphs, adding bullets and headings, they are using their mental bandwidth to focus on the task at hand; writing the content.

As writers and subject matter experts pull in new content from past proposals or your content library, it automatically formats to your established Layout Template. Because they may use their own styles to help them write, they can, and that's OK. But that won't impact the final proposal.

It's time for review and you've pulled together a myriad of documents for your reviewer team. Problem is, all of the documents look a little different, which will be distracting for executives. Want a productive review that delivers the results you need? Incorporate a Layout Template into your proposal process.

When it’s time to conduct a proposal review, you won’t have to spend time reformatting. Your proposal will automatically have that clear and consistent layout executives expect for review and you’ll save more time for review instructions that drive proposal quality.

Tip: Do you use Salesforce? Save even more production time by linking to Dynamic Text. Your Layout Template will enforce such details as client and product name nomenclature per Salesforce so they’re automatically accurate and consistent across your proposal.

Proposal writing is a team sport. Formatting your proposal, however, is not; there are rules to respect and requirements to follow and those are the responsibility of the proposal manager and the production team. So, the proposal is written, the deadline is looming and time is limited. Adding a Layout Template to your proposal process will minimize production reformatting and save time that you and your team can invest in the next proposal. 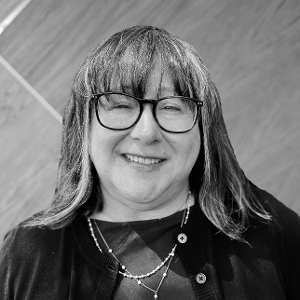 Cheryl Smith has been writing and managing proposals since 1998. Shipley trained, she has helped establish proposal centers and advised on capture strategy, coached orals teams and lead marketing, communications and knowledge management programs. Cheryl is a graduate of The George Washington University with degrees in Theatre, Communications and Literature. When she’s not sharing her passion for work, she loves drawing, writing, cooking and exploring the Virginia woodlands with her husband, their dog Chase and the fuzzy guests they host for Rover. She recently joined Xait’s Customer Success team as part of their acquisition of Privia.

Project management is at the core of your proposal management process; from developing the plan and.. 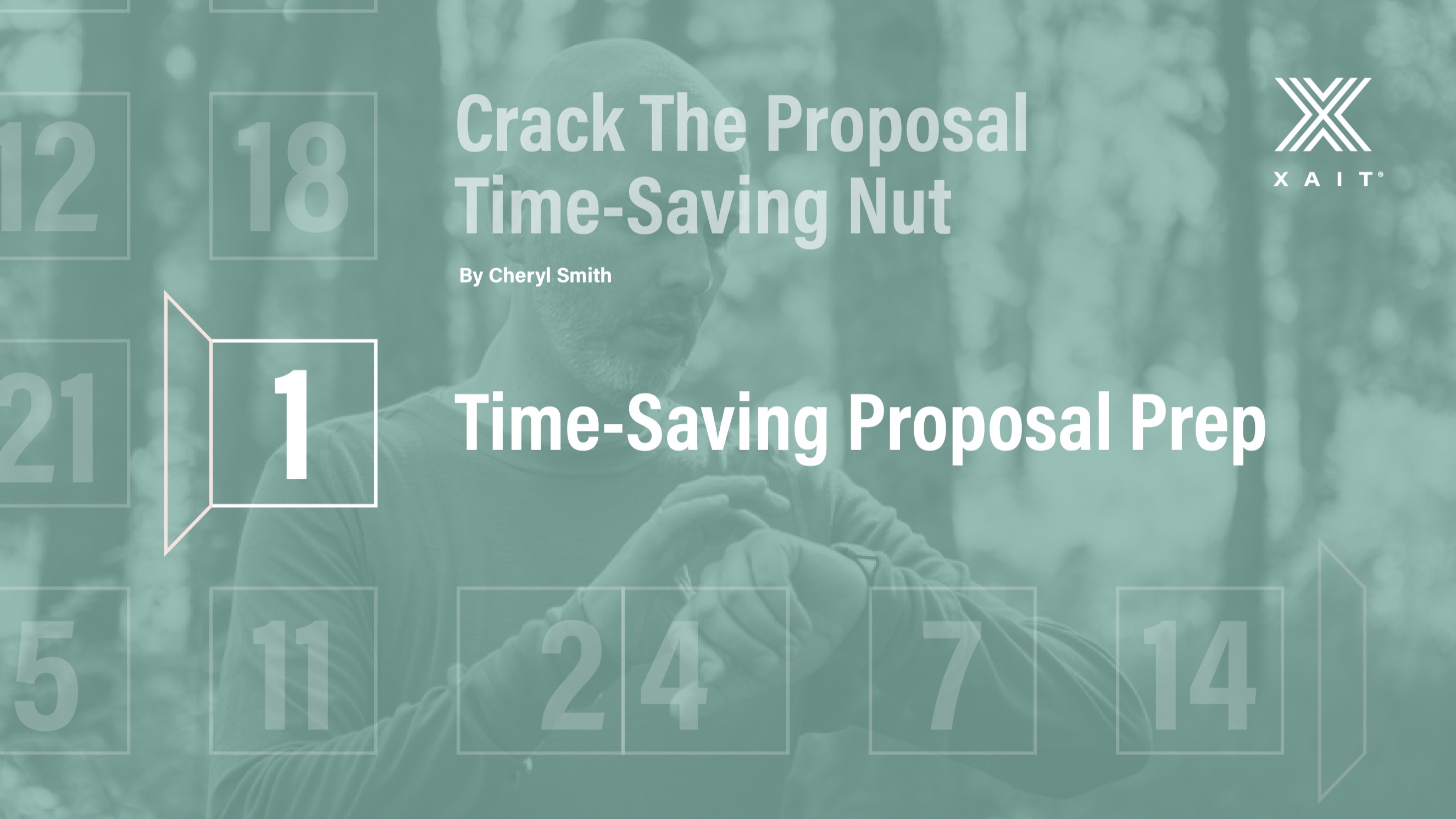 Are you still managing a proposal project using a spreadsheet or other manual “tools”? Then your team is no.. 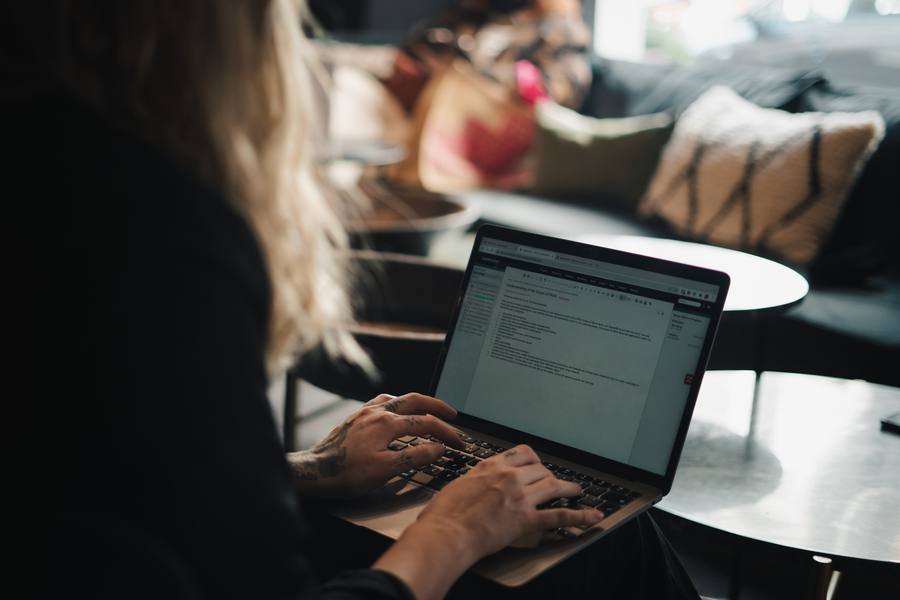 How to Be Part of the Proposal Deadline Solution

The proposal tasks have been out for a month and a few contributing subject matter experts are overdue. The..