As a Software as a Service (SaaS) provider, our main "window to the world" is the web browser. The advantages of running in a web browser mainly comes from accessibility and ease-of-pick-up. There is no need to install anything on the client’s computer, no run-times and no compatibility issues with already installed software. Install the web browser itself and access to numerous different apps opens up.

The only question is what browser to use, and since the days of Netscape Navigator we have seen a "browser war" playing out in front of us, fortunately with less disastrous consequences than the name implies.

There was a time when Microsoft held a significant sway in the browser market, so much so their inclusion of Internet Explorer (IE) in Windows was a key point in antitrust cases against the company. Having crushed Netscape in the first major browser war, Internet Explorer became a de-facto standard, so much so that its infamous Blue Icon became known to many simply as "The Internet".

There are, unsurprisingly, advantages and disadvantages to having a dominant browser. For a B2B SaaS provider such as Xait it was beneficial to know which browser "everyone" used, it simplified development and testing. The disadvantage of one dominant browser was also clear; development of the web itself stagnates. The early 2000s saw the introduction of Internet Explorer 6, which at its peak had more than 90% market share. During its dominance it became more known for numerous security issues than as a driver for change in work habits.

However, the entry into the 2010s saw a more fragmented landscape with Firefox taking the browser throne before it became supplanted by Google's Chrome browser. Having taken a few punches over the past decade, Microsoft released their IE11 in 2013, and the browser war really heated up (no shots were, to my knowledge, fired in this war).

HTML5 and putting innovation back in the web

With IE11 being default in Windows, Safari being default on all things Apple, and Chrome and Firefox having significant market share the browser war had entered a new, very interesting phase, which brought a lot of innovation. 2014 saw the launch of the new version of the HTML standard (HTML5), and during the same time there was a significant amount of development in modern JavaScript libraries, such as Angular or React, as well as innovations in CSS. The browser became even more useful, it could now do more tasks previously only done on desktop applications, or with complicated plug-ins.

One can argue who the primary driver was, but companies like Google (Chrome), Mozilla (Firefox) and Apple (Safari) all spent significant resources on browser development and continued their journey to create a faster and less resource-hungry browser. Microsoft also wanted to take part in this war, and rather than trying to update their aging IE they decided to release a brand new browser - Edge - in 2015. IE was thus effectively put on the shelf.

This is of course a simplified overview of the history, but the reason for even talking about it is that despite the World Wide Web Consortium (W3C) and other efforts at standardizing the web, each browser has its own quirks, its own ways of interpreting these standards, be it HTML, JavaScript or Cascading Style Sheets (the make-up artist of the web).

For a user the differences between browsers are small, they essentially serve the same purpose and have roughly the same functionality. For us as developers, the differences can be significant.

XaitPorter Browser Support in 2021 and Beyond

Despite the heated Game of Browser Throne, by far the most used browser in corporate environments through all this was IE. A browser which by 2015 had already become the laggard. Xait has always supported IE and made sure our functionality has been working perfectly on it, however, over the last few years in particular, it has been clear the good old workhorse IE11 is a "ball and chain" on development efforts.

Our own reskinning efforts earlier this year represented one example of needing to make compromises to support IE11, and of the libraries we use, many have specific code snippets to handle the peculiarities of IE11. One code for modern browsers, one to support IE11. Developing with IE11 in mind takes more time and effort than focusing on modern browsers. Even IE’s own parent – Microsoft – has now taken a few final steps away from it.

Does that mean Microsoft will drop support for IE? No, not really, and that is where it becomes a little complicated. IE11 has been released to follow Windows 10 and will be supported as long as Windows 10 itself is supported, a lifecycle that is currently said to last at least to late 2025. This means IE11 will receive security updates and bug fixes during that time.

With this backdrop, we have decided to phase out support for IE11 in XaitPorter. Starting Q1 2021, new functionality will not be developed for, nor tested in, IE11. It might work, but we make no guarantee as we previously have. Fixes to old functionality will be done for IE11, however by the end of Q2 2021, IE11 will no longer be a supported browser. This gives everyone a roughly 8-month window from this announcement to upgrade their browser. Our usage patterns indicate we have no customer exclusively on IE, so there are alternatives present.

We strongly encourage our users to move toward more modern browsers, whether it be Chrome, Firefox, Edge Chromium, Safari, or Opera Chromium.

PS! For the sake of simplicity, we refer to the browser as a concept, we are well aware the main issue is with the rendering engines themselves.

John Ingve comes with 15 years of experience in developing software for the Oil & Gas and energy industry, where he has held roles from software developer to architect and manager. John Ingve is technology enthusiast, and is a believer in continuously improving to meet the demands of the future. He enjoys spending time with his family (including his two dogs), reading history books and hiking in the great outdoors. 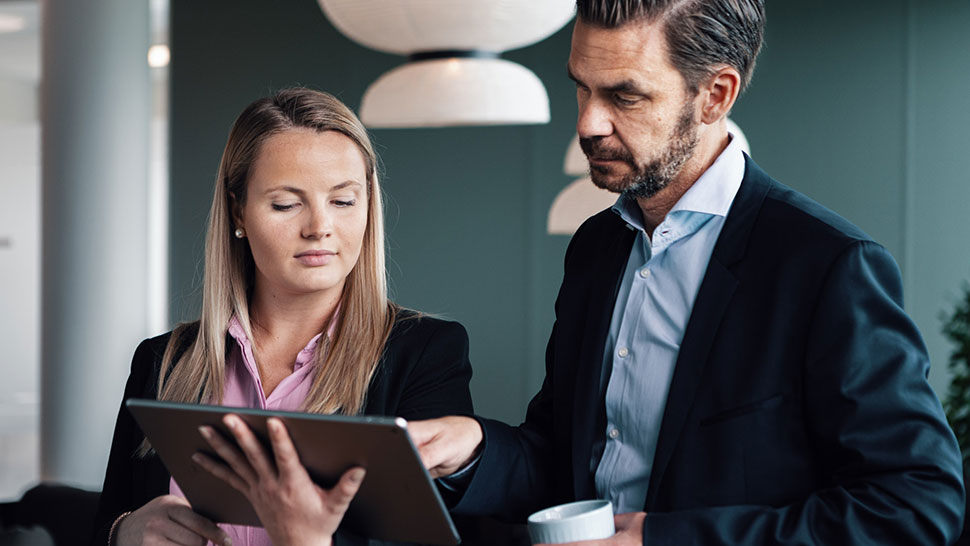 Making a case for CPQ

Product configurators have been around for a while. But their extensive use in a selling environment is more..